Ukrainian Non-Fiction: Why Is It Interesting? 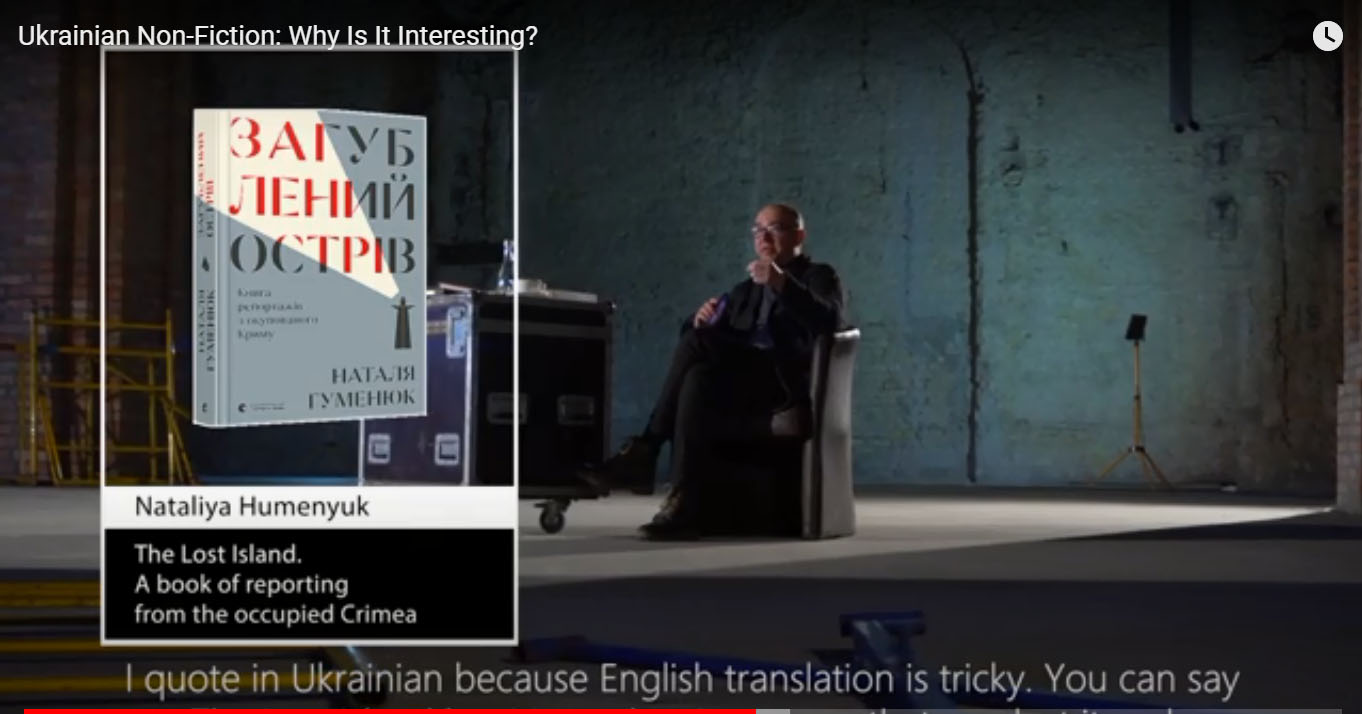 The lecture by Volodymyr Yermolenko who is a philosopher, writer and journalist, working as analytics director at Internews Ukraine and editor-in-chief at UkraineWorld.org tells about the peculiarities and main topics of the Ukrainian non-fiction today. It is very diverse: starting from issues of history and memory to the present-time Ukrainian sorrows and joys.

Ukrainian non-fiction is in constant travelling to reinvent itself and its tradition which was cut by different foreign aggressors. Thus, it’s very popular nowadays among writers and readers and covers both erased parts of Ukrainian history and current situation with annexation of Crimea and the war in Donbas.

Translations of Ukrainian non-fiction would help rediscover true Ukraine for the whole world.