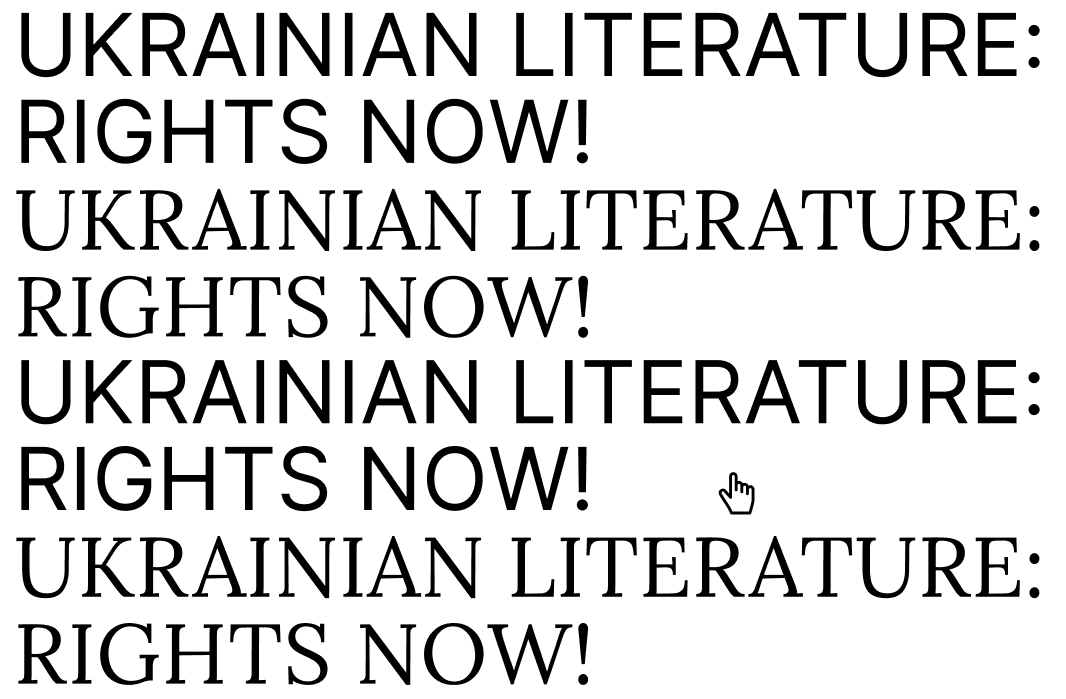 The program is funded by the EU as part of the EU4Business initiative and implemented by the EBRD.

Due to the quarantine and postponement of the Book Arsenal, our planned programme activities now need to be implemented online. But the programme is still relevant, cause only during the last year in Ukraine were conducted 3 grant programmes, which support translation and promotion of literature abroad. Online format gives the access to the project for the broad range of participants, despite their geographical and time conditions.)

Four basics of the programme:

Due to the pandemic, the world has changed dramatically and the approaches in the publishing business have changed, as we acquire new skills and new ways of communication. We are transforming from the usual formats of book exhibitions and festivals, where the first acquaintances usually took place and the copyrights were bought, to the online format and look for the ways to understand and engage in dialogue via screens. But despite the formats, literature has been and still is a way of understanding between cultures and societies, it is an opportunity to hear each other. So by supporting the translations of Ukrainian literature into other languages, we increase the chances for Ukraine to be heard and understood all over the world.

Oksana Hmelyovska, curator of the program

“Due to the Ukraine’s export strategy, book publishing is one of the leading creative industries identified at the governmental level as one of the priority areas for export development. According to statistics, the Ukrainian publishing industry is holding on the small and medium-sized businesses, and therefore needs special support. Over the last few years, the EBRD, with the financial support of the EU under the EU4Business initiative, has been implementing a comprehensive program aiming to support small and medium-sized enterprises in Ukraine. One of its components is the Ukrainian Literature: Rights Now! Program which is focused on supporting of Ukrainian publishers in their quest to access the world market because that has become a more difficult task during the quarantine. The activities we organize within the program are intended to help the Ukrainian book find its place on the shelves of foreign readers by establishing direct B2B contacts between Ukrainian and foreign publishers”

Yulia Krevska, representative of the EBRD

According to the Ukrainian Book Institute, over the past 5 years in Ukraine it was only 354 translated editions. Therefore, this tendency leads to the misperception of Ukraine in the world literary and cultural context as a state outside the literature.

According to the Book Arsenal poll 87% of publishers who are exhibitors on the festival are interested in negotiating with foreign publishers or litagents during the festival.