Publishing Ukrainian is trendy: how to promote Ukrainian literature abroad

Due to russian full-scale aggression, the demand for Ukrainian books abroad has increased, thus there’s a need for marketing strategies to promote Ukrainian books on foreign markets. How to market Ukrainian books successfully? What export routes have Ukrainian publishers found intuitively? What is the biggest mistake in promoting?

According to Ihor Ohura, the CEO of Ukrainian company Elibri, the rapid growth of attention to Ukraine after russian full-scale invasion resulted in the growth of interest to Ukrainian books, but that has not caused sale growth yet: foreign institutions face the problem of lack of information on Ukrainian market in a convenient format.

“Foreign institutions and libraries are willing to buy Ukrainian books, but they have to deal with a bunch of questions, such as where to buy them? what to buy? how to catalogue them? So, they just don’t get to the purchase itself, since they have to put extra effort into it. As soon as there is a service solving all those issues, export of Ukrainian editions will soar,” he emphasizes.

Despite it, there are publishers that have already singed necessary contracts and entered foreign markets with their paperbacks and e-books, yet there are those who only want to do this but they lack human or material resources. There are not that many publishers that do not consider exporting their books abroad at all. 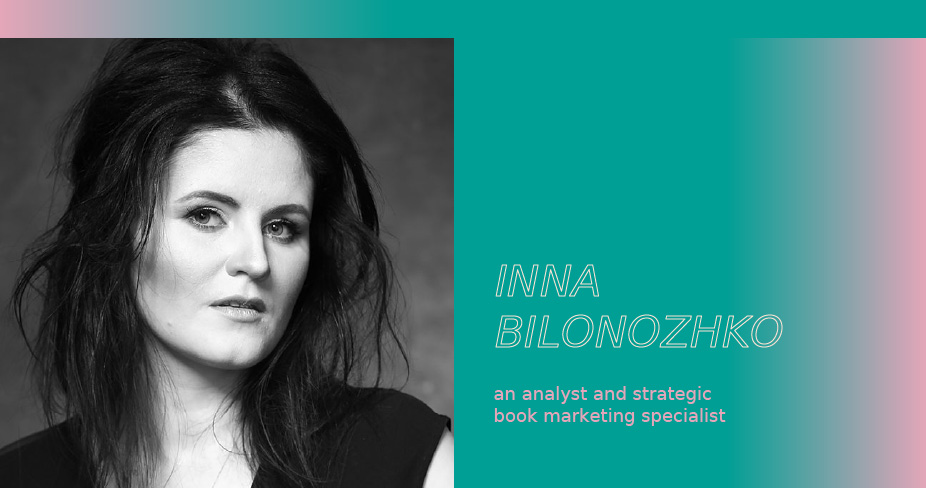 As Inna Bilonozhko, an analyst and strategic book marketing specialist, mentions, in terms of understanding niches and genres Ukrainian publishers keep pace with their foreign colleagues. “It is a bit more difficult to work with books that do not fall into a particular genre and have a wider audience. For instance, on the British book market there is no such notion as “contemporary British literature”, cause such a definition won’t help potential readers to choose. At the same time, in Ukraine we actively use the concept of “contemporary Ukrainian literature” in PR and marketing communication,” she adds. The more accurate with the niche, genre and target audience of the book the publisher is, the easier it will be to reach out to potential foreign partners, literary agents, or publishers.

Another forced trait of Ukrainian publishers is multitasking. In view of the size of the Ukrainian book market, and, respectively, the number of employees. Ukrainian publishers have to overtake much more roles and competences, than their colleagues from more powerful markets. Wider range of job duties and more workload can’t but impact the effectiveness of analysis — from defining target audience to creating niche marketing strategy — that precedes book release.

How to get over the principal barriers: 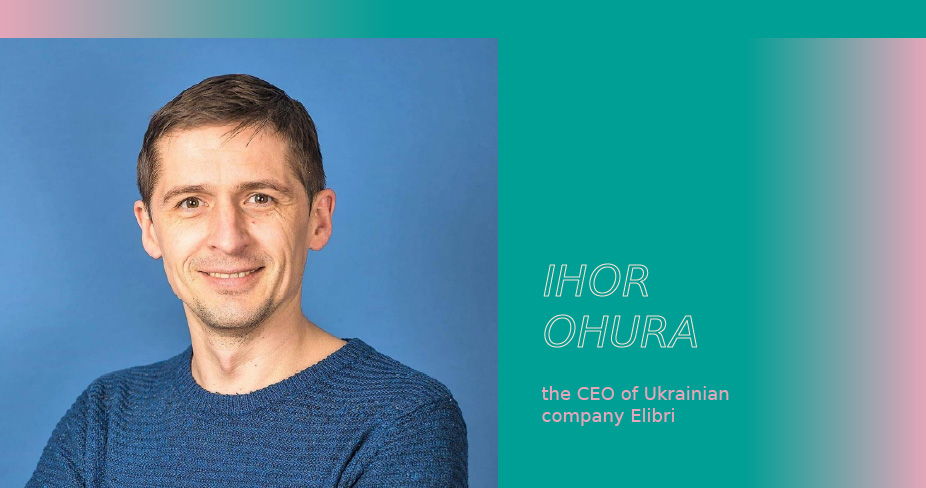 Ihor Ohura and Inna Bilonozko see the following ways of dealing with the key problems:

According to Ohura, e-book export is already turning from isolated attempts into industrial scale, and the situation with paperback sales is also changing. “Everything depends on publishers – if they offer content of high quality and delivery services, they will get the markets and profits. Right now all Western partners are willing to support us, what we need to do is not to miss this chance,” he points.

“If in May-July 2022 we were talking about the quantity, now the focus is on the quality. So, after six months of russian full-scale invasion, several months of unprecedented Ukrainian resistance and the miracles that the Armed Forces of Ukraine are creating every day, Ukrainian publishers need to look at future from the point of view of their Western colleagues: this war is the biggest war since World War II, it will be studied by their children and grandchildren. For their book markets it is no longer the problem that it might take months or years to create proper translated Ukrainian books, because they are confident about the stability of demand for Ukrainian books and books about Ukraine,” summarises Bilonozhko.

CHILDREN’S LITERATURE EXPORT: WHAT IS THE DIFFERENCE AND WHAT TO PAY ATTENTION TO? 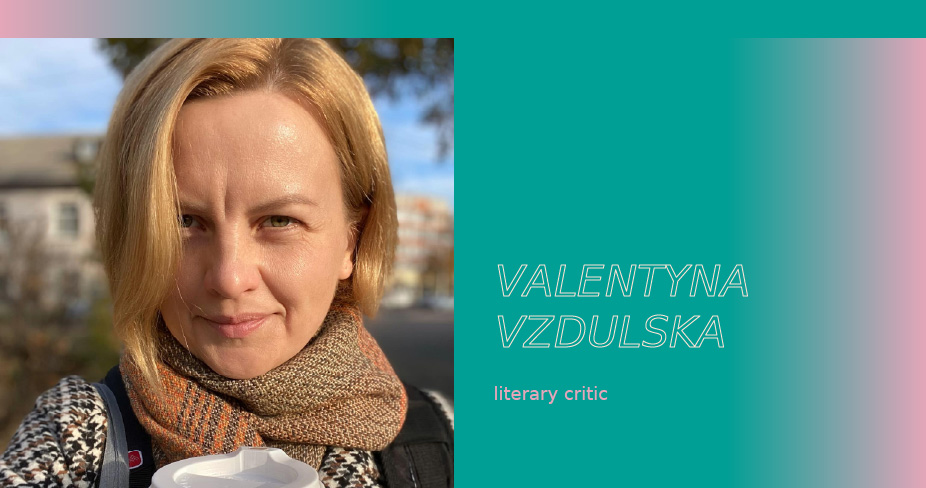 Valentyna Vzdulska, literary critic, who is focused on children’s literature, shares this point of view and is convinced that the world’s attention to Ukraine is the biggest advantage of our market now, and it is crucial to use it properly.

“We can already see, albeit not too significant, an increase in the interest of foreigners in books about Ukrainian culture. For example, American publisher Capstone Press released the book Blue Skies and Golden Fields. Celebrating Ukraine by Oksana Lushchevska, British publisher Sphere-Hachette UK has translated the educational book Ukrainian Christmas by Nadiyka Gerbish and Yaroslav Hrytsak, and in Slovakia they re-issued a collection of Ukrainian fairytales, etc. This year we hear more and more news about children’s books of particular Ukrainian authors (Kateryna Babkina, Kateryna Yegorushkina, Oksana Lushchevska and others) being translated into English, German, Swedish, Bulgarian and other languages. And those are only a few examples of children’s literature that shows that the world is interested in us,” she points.

Another question is how ready Ukrainian publishers are to quickly and qualitatively satisfy such interest, how effectively they can communicate and what they are ready to offer, the expert agrees with the already expressed opinions of her colleagues. 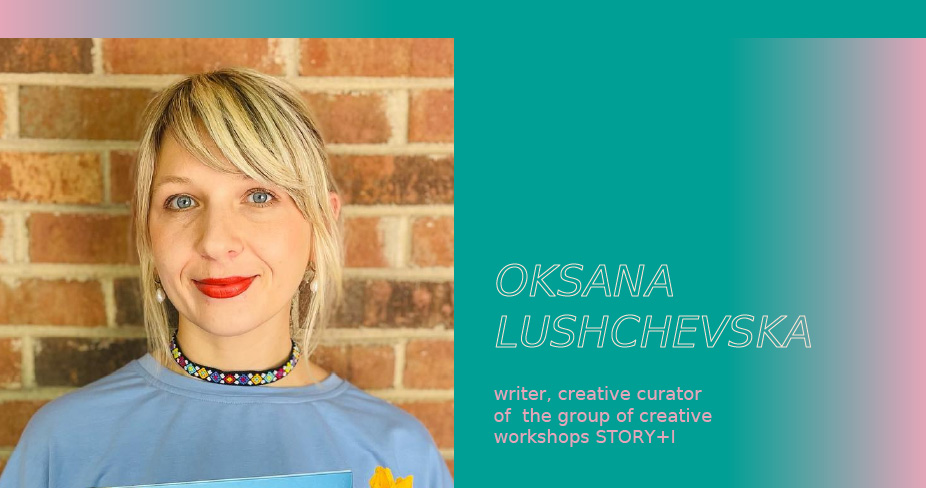 Foreign markets that are interested in Ukrainian children’s books are those of Poland, Germany, Ireland, United Kingdom, USA, Sweden, Norway, Estonia, and Lithuania. “Traveling to Canada and Iceland before the full-scale invasion, I’d seen that local libraries recommended books about Ukraine. And I think their markets also have great potential,”  says Oksana Lushchevska, writer, creative curator of  the group of creative workshops STORY+I.

According to her, there is a great interest in the topic “lessons from Ukrainian history” on national independent radio NPR in Taiwan, which proves the significance of Ukrainian discourse. Another potential market is the Philippines where one can find children’s books about war.

“The English-speaking market which for long has been supporting the myth of great russia should look ahead rather than look back today. It should promote Ukrainian children’s books and create strong senses of democracy for kids that will build a peaceful future,” she emphasizes.

Ukrainian children’s books are of interest for foreign markets:

“Children’s literature will always have a favorable position, because it is the most dynamic book market. Since we are not yet very strong in the large form, stories and novels for children and teenagers, and poetry is not sold too much, it is worth focusing on a win-win option – globalized picture books, as well as unique stories from the modern Ukrainian experience, which will be eagerly translated,” adds Oksana Lushchevska.

As Valentyna Vzdulska mentions, after the full-scale invasion many publishers have realized that their products are mostly oriented on the local market and aren’t that interesting abroad (before, only a few considered selling books abroad, there hadn’t been such demand).

First of all, the catalogues should be adapted due to the highest demand, focus on aforementioned picture books, illustrated editions, comics and graphic novels. “It is necessary to turn to topics that will present the value of humanity and democracy. Books should have Ukrainian cultural markers, but at the same time appeal to global topics. However, it is good for every publishing house to have several books with niche topics (LGBTQ+, disability, mental health, and others) and several books with purely Ukrainian ones. There is also a considerable demand for such topics,” claims Lushchevska.

On English-speaking markets, PR is usually something the publishing house does, since it’s their responsibility. Of course, authors have to be active as well, responding to promotion enquiries, but overall book promotion is the publisher’s work. “If authors can provide their books for reviews for resources such as  US-IBBY, The Horn Book, School Library Journal, Seven Impossible Things Before Breakfast, it will enhance the purchase by academic institutions and libraries, that constitute most of book sales,” suggests Oksana Lushchevska.

There are two mistakes that slow down establishment of export:

P.S. Some feedback from publishers that during the program were focused on marketing Ukrainian editions abroad and building strategies:

The program helped to understand western market better, realize the need for the agency that would systematically present Ukrainian books. It was useful to analyze our portfolio from the point of view of foreign publisher — it was surprising to see new prospects for the books I didn’t consider promising, and vice versa…

We got useful professional advice on the topics for our future books. Oksana Lushchevska, curator, suggested a really cool structure for our future catalogue. And we’d like to note that such meetings provide moral support. Communicating with like-minded people gives the feeling the there’s no better time for culture than now;

Information about the outside situation, book markets of particular countries and best directions for export was particularly useful. I find advice about selling the rights abroad very valuable, how to prepare the catalogue of rights and learn about other tools, in particular.